Read an article featured in The Northern Star about Jobfind job seeker Scott, who has overcome long-term unemployment and become store manager of the Lismore Tender Center in six months. 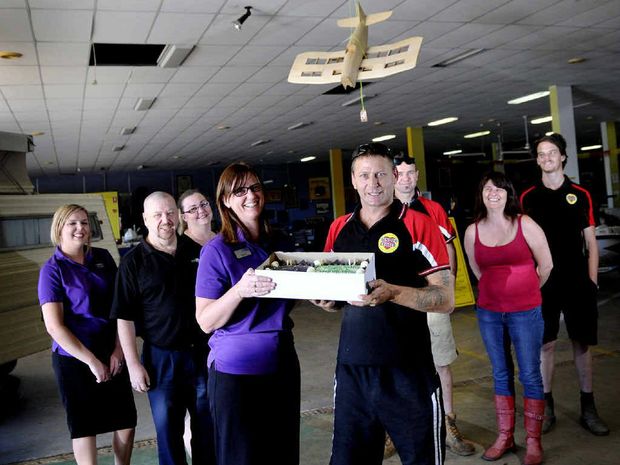 WITHIN the space of six months, Dunoon father of six Scott Wilton managed to transition from long-term unemployment to store manager of the Tender Center Lismore.

At a time when the unemployment rate in the Northern Rivers is at 13%, and youth unemployment is at 19.8%, Mr Wilton had some simple advice for jobseekers desperate for a break.

“Don’t give up. Get off your butt and have a go. The jobs aren’t going to come to you, so you’ve got to get out there and look for it,” the 40-year-old said.

“Make an effort. I had a bit of a struggle and had to kick myself in the butt a few times, tell myself to stop being lazy, to just get it done.”

“It came up to winter, the mowing was slowing down, so I had to get something more permanent with a better income,” he said.

“I signed up with Jobfind and in a couple of months they had me over here working. Quick and easy as that. I was rapt.”

Yesterday, just six months after he was initially employed as a warehouse worker by the centre’s co-owner Kashka Babushka, Mr Wilton was promoted to store manager.

Mr Wilton’s preparation for the job, and determination to work, were key factors in his success.

Before his initial interview with the job agency, Mr Wilton took the clippers to his hair and beard and ironed out a smart outfit for his interview.

He impressed his interviewer at the agency and she introduced him to Ms Babushka, who was immediately impressed with his personal presentation, communication skills, willingness to learn and confidence to take on responsibility.

“They found me full-time employment with Lismore Tender Center and I haven’t looked back,” Mr Wilton said. “I now have goals and direction in my life. My confidence has grown and my family and I are in a good financial position again.”